History of Dental Bridges: Centuries of Innovation By Dr. David Wyse on November 28, 2018 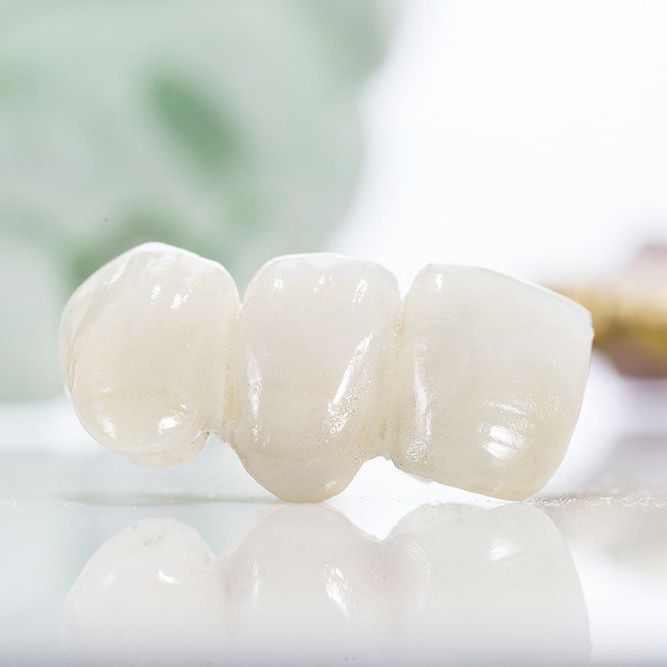 People missing a tooth or consecutive teeth can restore their smile and bite with a dental bridge. These restorations fill the gaps created by missing teeth, allowing patients to speak, smile, bite, and chew again.

The dentists at Chrisman & Wyse Cosmetic & General Dentistry have helped many patients in the Bloomington, IL area by crafting customized dental bridges.

Dental bridges have a long history of replacing missing teeth. Our dental team reviews how false teeth have evolved over the years in this history of dental bridges.

Replacing missing teeth dates back to ancient times. There is evidence of Etruscans fabricating crude bridges out of animal and human teeth in 700 BC.

Similar rudimentary restorations were discovered dating back to other ancient cultures, such as the Sumerians.

When making dentures from other materials, ivory was preferred given its appearance. In some cultures, ivory is still used for the bases of dentures.

Dental Bridges Made of Wood

False teeth made from wood were first identified from 16th century Japan, and used there through the 19th Century. Wooden artificial teeth were later adopted by Western cultures in the 18th Century.

Wooden bridges and dentures were based on impressions taken with beeswax. The earliest wooden dentures were entirely fabricated from wood, but later were a part of a conglomeration of materials including human teeth, ivory, animal horn, and sculpted pagodite (a soft, greyish stone).

The False Teeth of Our First U.S. President

Contrary to popular legend, the first President of the United States, George Washington, did not wear wooden false teeth.

Records show that his early dentures were made from human teeth. After becoming the president, his artificial teeth were made from hippo and elephant ivory, which were fastened together with gold springs.

Porcelain false teeth were first developed in France in the 18th Century. Compared to other materials, porcelain looked more realistic but was fragile.

Improvements to the durability of porcelain artificial teeth were forged in the late 19th Century, making them more popular beginning at that time through today. Porcelain can be found in today’s bridges and other restorations.

Modern materials developed in the last several decades have made dental bridges and other types of artificial teeth more comfortable, affordable, and durable.

Moldable plastics allowed for customized partials and components of artificial teeth for a more comfortable fit. Another important innovation, acrylic resins, allowed for improved aesthetics and strength in dental bridges and other restorations.

Learn more about dental bridges, and your other options for replacing missing teeth, by contacting our practice today. You can speak directly to a team member by calling (309) 663-6393. You can also fill out our online form and we will get back to you shortly. 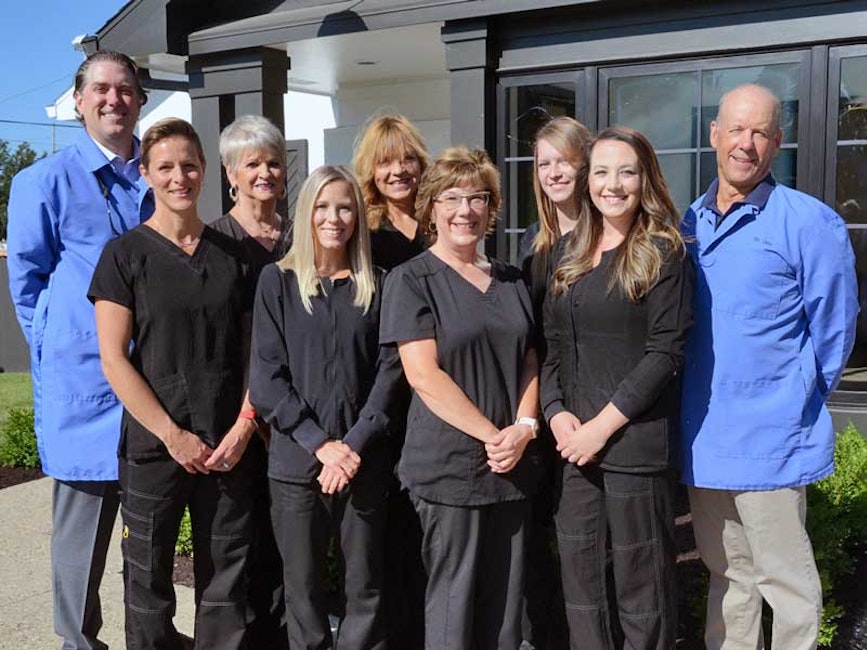 Wyse Family & Cosmetic Dentistry has been serving the community in Bloomington, IL, for 100 years, making us the oldest practice in town. We constantly updating our practice with the latest technology and innovative techniques to provide first-rate dentistry for our valued patients. Our comprehensive services include

"I love my 'new teeth'. I feel so much better about my smile. The staff at Dr. Wyse's office was very friendly and professional. I would recommend them to anyone looking for excellent dental care."

*Disclaimer: results are not guaranteed, may not be permanent, and can vary per individual. Some images are of models, not actual patients.