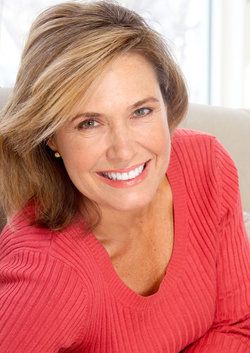 Gum recession, or gum erosion, is a common periodontal problem that poses a significant risk to the appearance and well-being of one's smile. Due to its gradual nature, however, many patients may not realize that their gums are slowly being worn away. Like other methods of restorative dentistry, early detection is key. With the right intervention, our Bloomington patients can preserve their full, healthy smiles without suffering extensive damage to their gums. And in the event you do experience extensive gum recession, we will be happy to discuss further treatment plans to restore your gum line.

How Is Gum Recession Caused?

In most cases, gum recession is the result of gum disease. Gingivitis is a surprisingly common problem for patients, typically caused by inconsistent or insufficient hygiene. Patients who are not thorough in their brushing and flossing habits are more likely to develop gum disease, with symptoms that can easily go unnoticed at first. Even when dental hygiene is satisfactory, some patients are simply more prone to disease due to lifestyle or genetics. Over time, gingivitis both weakens gums and prevents gum tissue from regenerating, resulting in a gum line that recedes from teeth.

Additionally, recession may be caused by the physical erosion of tissue. Patients who brush too aggressively may slowly brush away the soft gum tissue, and patients with mouth piercings may suffer similar effects from the constant irritation of metal against gums. Similarly, pressure exerted on gums from crowded teeth or bruxism (teeth grinding) may cause them to recede over time. Poor oral habits, such as smoking or chewing tobacco, can greatly exacerbate this problem as well. In total, there are a variety of ways in which gum recession may be caused; by visiting your dentist, you can gain a clearer indication of the exact factors behind your periodontal problems.

Recession can easily be overlooked by patients in its earlier stages. Gums tend to erode very slowly, having little effect on one's teeth or smile at first. However, when continually ignored, recession can ultimately leave teeth exposed, creating a greater opportunity for bacteria to infect the sensitive roots of teeth. If you notice your teeth becoming more sensitive to hot or cold temperatures, and small grooves forming near the gum line, it may be an indication that recession is beginning to reveal the softer tissues of your teeth. If infected roots are not treated via root canal therapy, the tooth may be lost altogether.

Even if infection does not occur, eroded gums have a direct effect on one's smile. As teeth become increasingly exposed, they also become yellower in color and look unhealthy overall. Teeth that appear too long, thin, or spaced out near the gums are often the result of recession.

The best way to deal with gum recession is to stop it before it continues to progress. If you notice your gums beginning to recede or experience any other symptoms of gum disease, such as sensitive gums or bad breath, visit your dentist for an exam and diagnosis of your gums' health. If you are in fact suffering from gum disease, an increase in periodontal hygiene is often enough to curb the infection. Otherwise, more direct treatment may be recommended, such as a deep cleaning or flap surgery. If recession is caused by something other than gum disease, your dentist will likely be able to recommend a preventative measure against the causal factor. Bruxism and crowded teeth, for instance, can each be treated through a special mouthguard and orthodontics, respectively.

Unfortunately, gum tissue cannot simply regenerate to its previous fullness once eroded. This makes early detection and treatment especially important. However, patients with particularly eroded gums may still be able to achieve a healthy looking smile once more. Speak with your dentist about the possibility of gum graft, and learn how years of recession can be fixed through a single, safe procedure.

Keep Your Teeth and Gums Healthy

The health of your gums is just as important as the health of your teeth, and plays an equally vital role in the appearance of your smile. Rather than letting small symptoms accumulate into larger risks, find and treat your periodontal problems as soon as possible. Contact our office to schedule an exam or consultation with one of our experienced dental professionals.

“I love my "new teeth." I feel so much better about my smile. The staff at Dr. Chrisman's office was very friendly and professional. I would recommend them to anyone looking for excellent dental care.” Jennifer B